From Humanipedia
Jump to navigation Jump to search 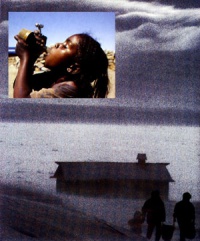 (From adapt and from the L. adaptare). A characteristic of living beings through which they are able to survive when their environment changes. Compatibility between a structure and its environment. Without entering into the debate concerning the meaning of the terms structure and environment, we note in passing that:

1) the development of a structure in interaction with its environment is termed growing a.;

2) in stable a. a structure may remain more or less invariant, but will tend to destructure ( see destructuring) as the environment changes;

3) in decreasing a., the structure tends to become isolated from its environment and, correlatively, the differentiation of its internal elements increases;

4) in cases where non-adaptation occurs, two variants can be observed: a) situations of decreasing a. either through isolation from or deterioration of the environment; and b) situations of surpassing an environment that has become insufficient for maintaining interactive relationships. Every growing a. leads to a progressive modification of both the structure and its environment and, in that sense, entails the new surpassing the old. Finally, in a closed system, the disarticulation of structure and environment is produced. In general terms, N.H. favors personal and social conducts of growing a., while questioning conformity and non-adaptation.